Until recently, maps of Doggerland were based on little more than informed guesswork. The breakthrough came when members of this project were able to show that extensive seismic reflection surveys carried out for other purposes, notably petroleum exploration, could be used to map the topography of ancient drowned and buried landscapes. This led to the initiation of the North Sea Palaeolandscapes Project, which has now mapped some 45,000km2 of inundated prehistoric landscape, an area somewhat larger than the Netherlands. The mapping has been achieved mainly using 3D seismic data donated by PGS (Petroleum Geo-Services) from their Southern North Sea Mega Merge. The Mega Merge combines more than 60 different surveys, carried out at different times and by various groups, migrated into a single data set. Analysis of the top slices of this huge 3D seismic data set has involved much methodological innovation and resulted in maps showing the rivers, lakes and hills, coastlines and estuaries, wetlands and salt marshes of a large part of Doggerland, sometimes in extraordinary detail. It must be stressed that the seismic reflection data used in this project, provided at no cost for research purposes, required the expenditure of several hundred million Euros to collect. The use of this data for a purpose that was not intended – the mapping of Holocene landscapes – is highly innovative, currently unique and constitutes extremely cost-effective research. 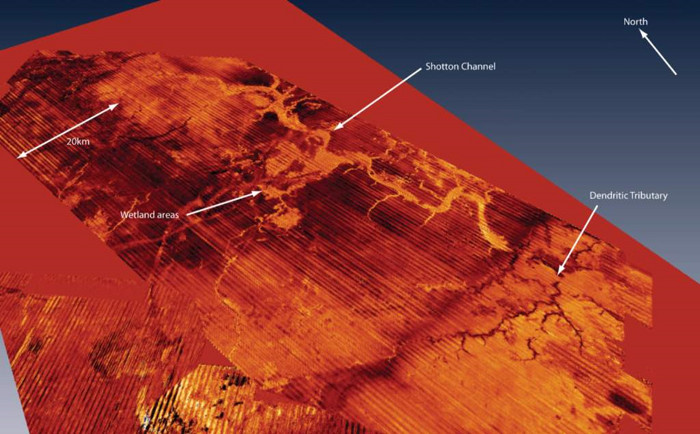 The completion of mapping the Southern North Sea Mega Merge represents a revolutionary achievement for landscape archaeology which has been recognised at an international level through the award of the 2013 European Archaeological Heritage Prize, and brings the ultimate goal of the near total mapping of the lost Mesolithic/Neolithic landscapes of Doggerland within reach. One aim of the present proposal is to extend the mapping of Doggerland to achieve the maximum coverage possible. This cannot be achieved just by doing 'more of the same'. Whilst new data sources, including surveys associated with the recent wind farm development, have become available, the coverage of 3D seismic data remains incomplete. Much of the North Sea is covered only by 2D seismic data, and the intensity of this coverage is variable. As the name suggests, 2D surveys comprise single lines of seismic reflection data (a single streamer is towed behind the survey vessel) producing single vertical profiles through the seabed geology. By contrast 3D survey comprise multiple lines of seismic reflection data collected simultaneously (multiple streamers are towed behind the survey vessel), a method that readily facilitates horizontal mapping.

Over recent years, the team has devoted considerable research effort to exploring the possibilities of using the extensively available 2D data both to map areas not covered by 3D data and to enhance the interpretation of 3D data (in general the 2D data has better vertical resolution). This work has shown that, with the development of appropriate methods, the 2D data can be used to produce adequate mapping – it has achieved proof of concept. Building on this research, the present project will attempt to achieve the maximum possible mapping coverage of Doggerland using all available seismic data, including new 2D data from wind energy generation which has a proven ability to locate landscape archaeological features, but which has not yet been used for the purposes of wide scale landscape generation. A successful outcome would be a major research achievement, and an international 'first' opening up several new horizons.