In 2010 ancient DNA (aDNA) was hailed in Science magazine as one of the top ten 'big ideas' of the previous decade. However, aDNA has most commonly been obtained from anatomically intact material, such as hair, bones and teeth. It has only recently become clear that aDNA can also be retrieved from other materials, including sediments – a discovery which has the potential to revolutionise the study of paleoenvironments. This macrofossil-free DNA (commonly referred to as sedimentary aDNA or sedaDNA) can provide information about the flora and fauna of the past and has the potential to allow in-depth reconstructions of palaeo-ecosystems.

Preliminary research indicates that most plant and animal sedaDNA is of local origin, with insignificant dispersal of DNA over long distances, and that cross-strata leaching is not an insuperable problem, particularly if quantitative methods are used. The pilot study by this project team has established that the stable cool environment of marine sediments is highly conducive to the preservation of ancient DNA over tens of thousands of years. While previous studies of deeper time ancient DNA have been restricted to high cool latitudes, this fundamental advance hails a release on latitudinal constraints of previous ancient DNA studies because of the global nature of the preservation environment.

The sedaDNA analysis will be carried out in pursuit of two broad aims:

The extraction of ancient DNA from the cores will be complemented by a programme of sampling of the same cores for 'conventional' environmental proxies (pollen, plant macrofossils, insect remains, ostracods/forams and diatoms), together with samples for radiometric dating (up to 400 radiometric dates and 100 OSL dates are proposed). Comparison of the results of sedaDNA analysis and the results of analysis of conventional proxies will be an important component of the research, and will allow the issue of potential leaching of DNA through sedimentary strata to be addressed. 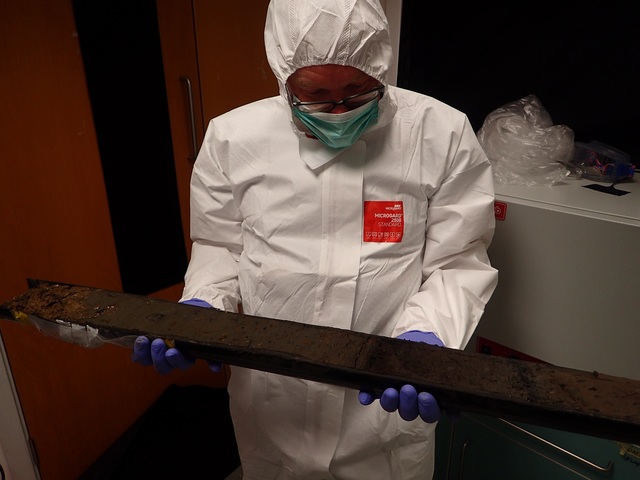