A programme of targeted coring will focus on two major river valleys of Doggerland that have been mapped using 3D seismic reflection data. Each 'core' will be described and then assessed for the presence/absence and state of preservation of organic material suitable for 'conventional' palaeoenvironmental analysis (pollen, plant macrofossils, insect remains, ostracods/foraminifera and diatoms) and radiocarbon determination. Radiocarbon and OSL samples will be submitted initially for 'rangefinder' dates. Cores assessed to have sufficient potential will then be analysed in further detail. Samples taken from each core for conventional palaeoenvironmental analysis will be paired with corresponding samples taken for sedimentary ancient DNA(sedaDNA) analysis, facilitating direct comparison of results. Comparison of the results of the sedaDNA analysis and of analysis of conventional palaeoenvironmental proxies will underpin this research, and will allow the issue of potential leaching of DNA through sedimentary strata to be addressed (see below). For the purposes of sedaDNA analysis cores will be maintained for long-term storage at –20°C.

The conventional environmental programme of the project is designed to produce a new, detailed and temporally controlled set of data contributing to the reconstruction of the past climate and landscape of a large area of the North Sea plain. This will be available for direct comparison to the results of the sedaDNA work. Potentially, this aspect of the project will impact on a number of present climatic and landscape models for the late Glacial and the Early Holocene in Northern Europe, including the relative density of grazing herds and the degree of openness in woodland and other landscapes. The environmental data also has the potential to give direct insights into past human action in the landscape throughout the period of time represented; particularly how Mesolithic people may have manipulated the landscape through forest burning, landscape clearance and alteration. 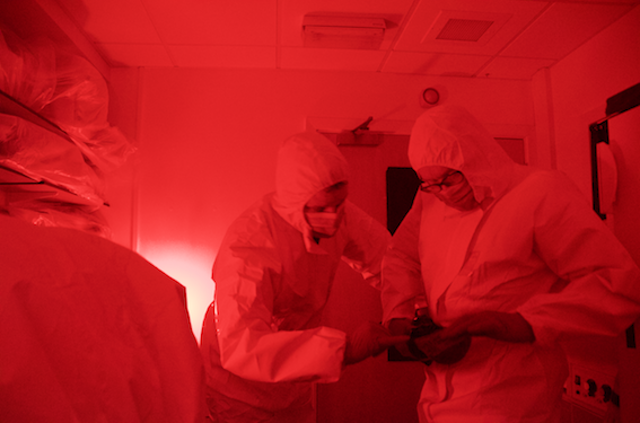